One day, after you’ve been pretty down in the dumps about some mess with living or dying – you’ll wake up and discover that you’ve got a pretty sweet deal going.  You’ll wake up and realize you had it right all along.

I’ve spent a decent number of years fearful of what my behavior meant to other people.  Fearful of how my thoughts and beliefs affected the people I love, and wondered if that was something I’d change for their happiness.  For a long time, I thought I would.  I spent years trying to fit into a form that was never really formed.  I spent 23 years of life trying to see meaning in something that never felt real to me.

I stressed about death.  I thought about where my soul goes after life to the point of hyperventilation and full on SPM (sweaty palms mode).  I was so focused on what the next life held that I stopped worrying about what this life had in store.  Worst of all – I was so determined to let a higher being lead the way that I’d forgotten which way I even wanted to go.  From the looks of it, some guy had long ago determined my future and I just had to sit back and enjoy the ride.  I got cozy in this depressing, cruise control life, and I was sitting back for the long haul.  Because, as it turned out in that small circle… probability said they’re right.  It didn’t matter if I saw what they saw.  ALL THESE PEOPLE SAW THE SAME EFFING THING.

and to them it was beautiful.

But it wasn’t beautiful to me.  To get right down to it, it was terrifying and mind numbing.  Dying was scary, but eternity scared me more.  The thought of never being over haunted me, but maybe that’s because I’ve always been a sucker for a good ending.

Life, as you may have guessed, is uncertain.  We get older, we get sick, we have to learn to say goodbye.

I don’t mean to sound harsh, I mean to encourage you to live.  Live the one you have, because the next one is still a guessing game.

In honor of 2 year old, Pentecostal Cap… I leave you with this: 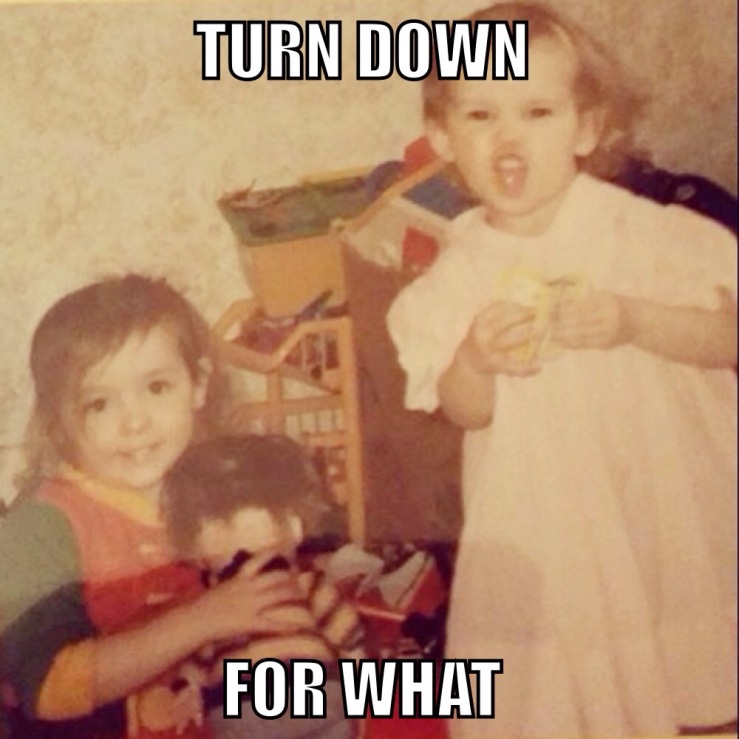 One thought on “Birthdays”